My debut romance is out!!! 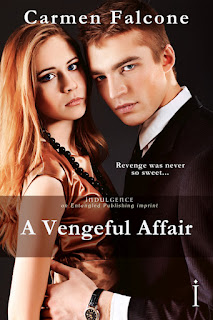 And here's the blurb:

Rich people get away with murder every day, but Vivian Foster intends to make billionaire Javier Rivera pay for what he did to her best friend—and how better to destroy a money-grubbing bastard than to sabotage the merger that means everything to him.

Javier Rivera would never hurt a woman much less kill one. But when he catches a gorgeous corporate spy in his office, he knows he can’t let her go—not when even a hint of scandal could ruin his career. Until the merger is signed, he’ll keep her close, even if he has to shackle her to his wrist. Literally.

But the closer Javier gets to Vivian, the more he wants her, and the more time she spends with him, the less she believes he could ever be a killer. Now Vivian and Javier have to discover the truth...and Vivian has to win the trust of her worst enemy.