Libby Mercer on Heroines with Daddy Issues. Are You Ready?

I'm thrilled the fabulous Libby Mercer is our guest blogger today.  I read Fashioning a Romance and absolutely loved it! Can't wait for her upcoming release in December. 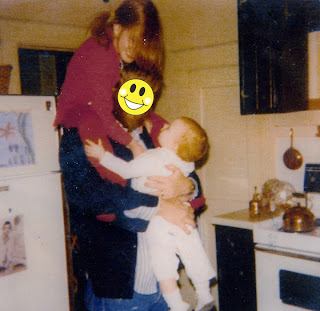 The heroines of both my novels, Fashioning a Romance and Unmasking Maya, have serious daddy issues. Caitlyn Taylor of Fashioning gets along fine with her father. Their relationship isn’t the problem. The problem is that Caitlyn’s dad is a certified manwhore. His womanizing ways have left his daughter jaded and far from optimistic about the possibility of a healthy, long-lasting relationship in her future.

In comparison, Maya Kirkwood’s father makes Mr. Taylor look like a more charming version of Ward Cleaver. I don’t want to give anything away here, so let’s just say that as a result of his greed and unhealthy drive, Maya’s stable childhood existence imploded, and there were horrifying ramifications. She and her father have been estranged since she was twelve.

One may assume I’ve got some major daddy issues of my own that I’m working out by villainizing these fictional father figures in my stories. An interesting theory, but it’s not the case. I get along great with my dad. We currently reside in the same city (which hasn’t always been the case – I’ve moved around a lot in the past) and we get together about once a week to have a meal or shoot the breeze. We usually have a lot of laughs.

This is not to say that we’ve got a perfect relationship or anything. My dad doesn’t read fiction at all. As a lifelong bookworm, I’ve never been able to understand how he finds no joy in a make-believe world. And because he’s a strict non-fiction reader (mostly politics and economics with a radically leftist slant) my dad doesn’t really get what I do. I cannot count the number of times when I’ve mentioned something exciting having to do with one of my current books or a new plot I’ve got cooking up and he’s responded by shaking his head sadly and saying, “If only you’d take my advice and write a political exposé, uncovering the truth about 9/11…” Sigh.

But I really can’t complain. All things considered, everything’s peachy between my father and me. The reason I gave Caitlyn and Maya such difficult dads was simply to rev up the conflict in their stories. And to explain why they have the issues, the attitudes and the fears that determine their actions.

Fathers – whether fictional or real – need no longer fear. After these two books, I won’t be villainizing my characters’ dads any longer. Well… for now, anyway. For my third book, I’ve created a cold, unfeeling mother for one of my characters. So look out, Mom, you’re next! I’m kidding, of course. For the record, I have a great relationship with my mom too. 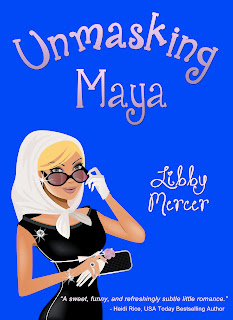 The book will be released on December 15th. Here’s the blurb:

Fresh from a career-killing scandal, New York fashion girl, Maya Kirkwood, arrives in San Francisco to reinvent herself as a fine artist. She's offered the opportunity to create an installation at the Silicon Valley headquarters of a hot new tech company. Fabulous, right?

She can't stand Derek Whitley - wunderkind software genius and CEO of the company. Hot as he may be on the outside, inside the man is a cold, unemotional, robotic type. Way too left-brained for her right-brained self.

As Maya and Derek get to know each other, however, their facades begin to crack. She catches her first glimpse of the man behind the superhuman tech prodigy, and he starts to see her as the woman she used to be. But is this a good thing? Once that last secret is revealed, will it bring them closer together or will it tear them apart?


Amazon: http://www.amazon.com/Libby-Mercer/e/B0084US5S2/ref=ntt_athr_dp_pel_1 (This links to my Amazon author page. Unfortunately, I won’t have a page for Unmasking Maya until it goes live on Amazon. If you’d prefer, I’ll post the link to my first book also) http://www.amazon.com/Fashioning-a-Romance-ebook/dp/B0084FGX36/ref=dp_return_1?ie=UTF8&n=133140011&s=digital-text 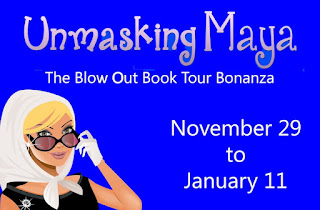 Posted by Carmen Falcone at 8:38 PM