The Book That Was Meant to Be


Folks, I am *ecstatic* to share my new Indulgence with you!

KIDNAPPING THE BRAZILIAN TYCOON is out. Like, out out.

I wrote the first version of this romance a couple years ago, while I was vacationing in Brazil.

I was lucky enough to visit a tribe of Brazilian Indians, and the cacique (the tribe's leader) was just so amazingly open and warm to me. He talked about the challenges that natives face today; their struggles and victories.  Then, around the same time, I read on a magazine that a primitive Brazilian tribe had been spotted. A tribe that had never made contact with outsiders, and was tucked deep inside the Amazon. That was it! I couldn't not write the damn book, lol.

The Brazilian Indians endured a lot; ever since the country was discovered by Europeans, the natives were pushed aside. They had their cultural and spiritual roots yanked from them. It is sad that they have so little. Nowadays, a lot of them have adjusted to modern life; and you see Indians who wear shorts, carry cell phones and have jobs in large cities. They had to give up so much, just for their own survival.

I wanted to create a heroine who was against all that; who wanted to help them continue be just as they are. That's when Addie Reed talked to me :)

I love to write about people I look up to. And I can proudly say that, whether this book sells or not, I most definitely look up to Addie and Bruno.

If you'd like to check out a book that's been called "swoonworthingly romantic", read the first chapter here: http://www.entangledpublishing.com/kidnapping-the-brazilian-tycoon/ 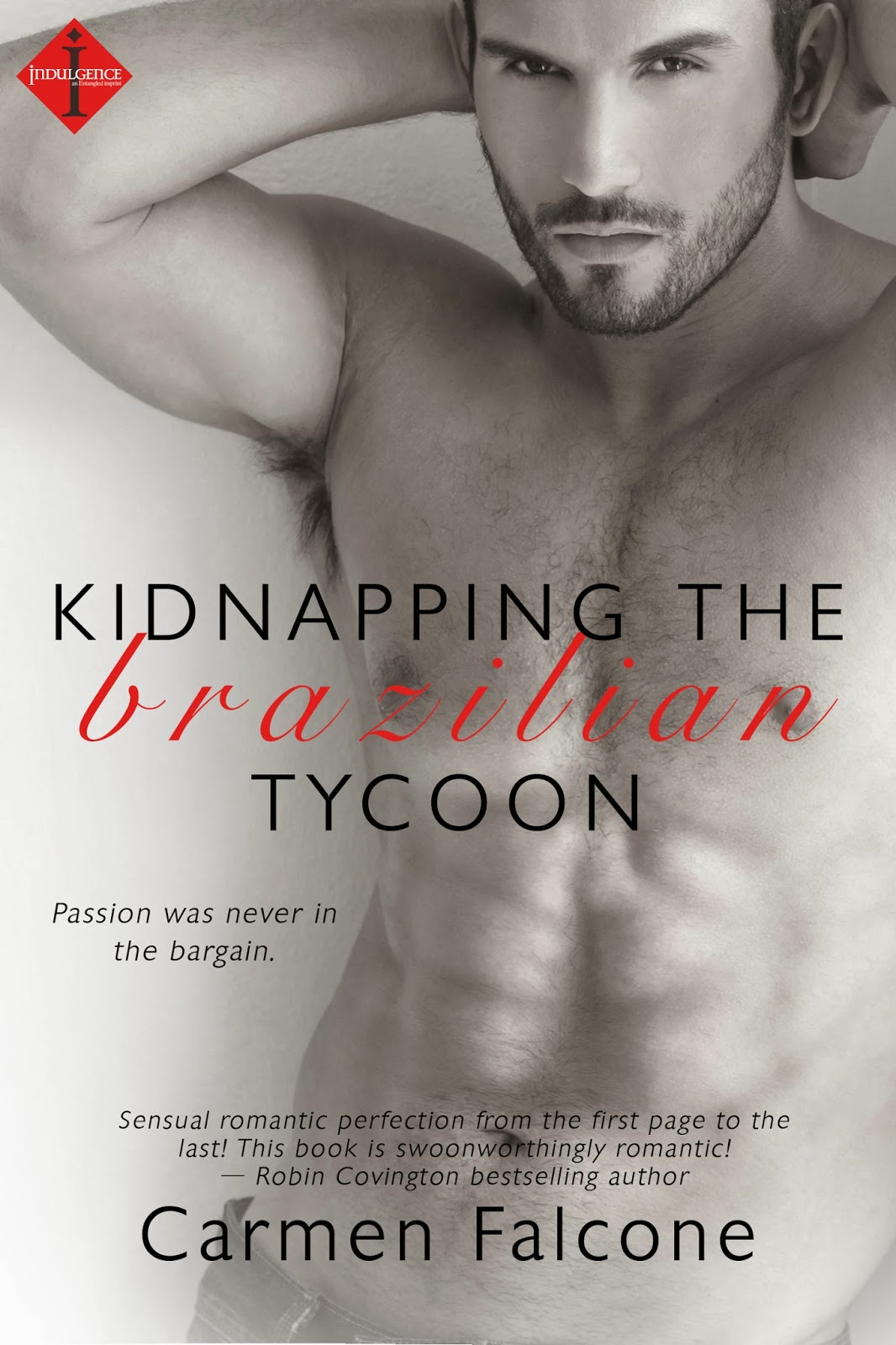 Passion was never in the bargain

Addison Reed lost her fiancé, but she’ll do whatever it takes to protect his legacy. When the gorgeous and arrogant landowner, Brazilian billionaire Bruno Duarte, who is thwarting her at every turn, refuses to meet with her, she puts her plan into action. He will listen to her. Bruno’s plan was simple: return to Brazil and marry to fulfill his father’s dying wish. But when his engagement crumbles, and he’s then stranded with an idealistic woman hell-bent on saving a tribe of people on his land, he sees the perfect solution. If his feisty and passionate abductor agrees to a bogus marriage, he’ll relocate the tribe. With the Brazilian heat rivaling the growing heat of their desire, will Bruno and Addison abandon their respective plans and give in to each other, or will their differences tear them apart?

Posted by Carmen Falcone at 7:51 AM